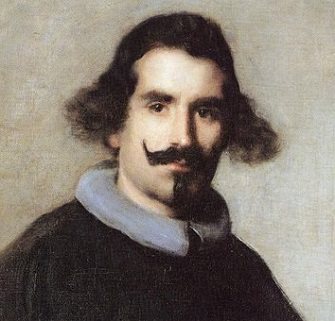 The 17th century wasn't kind to Spain. The formerly powerful empire was crumbling, burdened by debt and a corrupt government.

But while the kingdom was in decline, a young court painter was making his ascension. Diego Velázquez would become one of the most renowned painters of the Baroque period.

In her research for the novel, the Georgetown professor of Spanish highlighted several little known facts about the celebrated Spanish artist.

Only one nude by Velázquez still exists today.

This is the Venus referred to in the book's title, otherwise known as the Rokeby Venus. It's at the heart of one of art history's most enduring mysteries: who exactly is the woman who depicted the Roman beauty? Mujica, who fictionalized an answer to this riddle in her novel, says no one knows for sure, though it is known that Velázquez did not paint the work during his two stays in Italy. Mujica says it is also a noteworthy that Velázquez, known to paint from live models, got away with painting a nude during the Spanish Inquisition, which forbade such artwork.

Velázquez was a rebel.

We already know Velázquez didn't follow the rules. He painted nudes, and as an apprentice he used live models for his paintings instead of basing them off of practice books, as was common at the time. But his teacher Francisco Pacheco, who at the time was considered Spain's foremost, if somewhat boring, theorist of painting, didn't seem to mind his rebellious ways. Not only did Velázquez marry Pacheco's daughter, but it was through Pacheco that he made his first introduction to a court official. It would prove to be a fruitful contact later on, when he was named as a court painter.

Velázquez was the only court painter to get a paycheck.

The Spanish crown under Philip IV was going broke and was unable to pay its court painters. Yet Velázquez, who had by this point cemented his position as favorite, was paid handsomely for his work, mainly portraits of the royal family and other important court figures.

Velázquez significantly changed his style after studying in Italy.

Prior to his two trips to study the Italian school of art, Velázquez was known for his highly realistic portraits. But Mujica says after his trips, his style turned to something more impressionistic ( though not of the Impressionist style, a later artistic movement). His strokes became more bold and he took liberties with his portraits, rather than present them as a stark representation of reality. Mujica says an example of this can be seen in the Rokeby Venus, in that her foot is rather muddled.

Velázquez valued prestige over perfection in his art.

Though he worked hard to become the most celebrated painter in Spain, Velázquez saw it as a means to power and prestige.
Interestingly, Velázquez would be named a courtier and later a knight - but only because Philip IV demanded it. An investigation found Velázquez wasn't "an old Christian" but had Jewish heritage, which Mujica says was considered "a stain." The king intervened on his behalf.

The Surrender of Breda

The Triumph of Bacchus

Christ on the Cross

The Forge of Vulcan