Diego Velazquez and his paintings 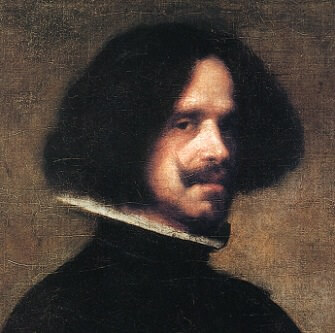 Diego Velazquez was one of the finest Spanish artists of all time. Velazquez became initially popular with his paintings of religious themes. However, he eventually moved toward complex artworks that featured realistic subjects, which earned him a position at the royal court of King Philip IV.

Diego Velazquez was born on June 6, 1599, in Seville, Spain. He started his apprenticeship at the tender age of 11, where he worked under the guidance of Francisco Pacheco, a local artist in Spain. Thus, the early works of Velazquez were mostly of religious background. These themes greatly pleased Pacheco, although Caravaggio eventually inspired the works of this young artist.

By 1617, Velazquez has already reached the last period of his apprenticeship. Afterwards, he decided to set up his very own studio that featured his great works. Then, in 1618, he married Juana, the daughter of his mentor.

Soon, Velazquez moved to the royal court of King Philip IV. This new milestone in his life gave him a better access to impressive collection of artworks that helped inspire his masterpieces. He also knew about Peter Paul Rubens who was a Flemish-born baroque artist during that time. Like other Baroque artists such as Annibale Carracci, Velázquez was tremendously impressed with Renaissance Artists such as Michelangelo, Leonardo da Vinci, Raphael, and Titian. These artists influenced Velázquez most notably in his rendering of color and light. One of the finest pieces by Velazquez during the time he spent at the royal court was The Triumph of Bacchus.

From 1629 to 1631, the artist went to Italy and discovered more about the art techniques of various painters. When he came back to Madrid, he started an extensive series of portraits, and these all depicted the royal family riding on a horse. He also became quite preoccupied with painting a number of dwarves who were also among the members of the king's court. Velazquez presented these beings as complex, yet brilliant creatures.

In addition to the artist's regular painting tasks, he also served a few other things that he was fond of, as well. For instance, he became the superintendent that watched over several palace works, and he also became a wardrobe assistant.

By 1649, he travelled back to Italy. Here, he was provided with an opportunity to present Pope Innocent X in a painting. The artist considered his Portrait of Pope Innocent X as one of the most impressive artworks he has ever created. He even made a realistic portrait of Juan de Pareja, who was the pope's servant.

Velazquez was known for several artworks throughout his time. However, some of his works were rather controversial and his appointment at the royal court spared him from censorship. Thus, he was able to release his intriguing work called La Venus del Espejo, which was popularly termed as the Rokeby Venus. This painting is the only female nude painting by Velazquez that remains up to this very day.

During that time in Spain, there were two main patrons of art that were recognized in the country. Velazquez had the favor from the royalties while Bartolome Esteban Murillo won the favor of the church. Between the two, it was Velazquez who basked in a more comfortable life with pension until his death.

The Spinners was one of the final artworks of Velazquez. He painted this in 1657, and it featured the Fable of Arachne or the interiors of the royal tapestry. In the Spinners, his famous artwork, the background used was a tapestry from The Rape of Europa by the Titian.

According to critics, Velazquez' works full of movement and energy, which is made possible by the vibrant display of colors in his paintings. Moreover, his masterpieces all featured the artist's sheer knowledge of various art techniques that he gained during his long years in his craft. His typical scheme always featured a variety of gray, black, blue-green and red colors blended well to create a stunning painting.

One of his last works was the Infanta Margarita Teresa in a Blue Dress, which is truly a gem among most artists and art enthusiasts. It was in this painting that he was able to present his unique style in terms of the choice of color. For instance, there were plenty of shimmering colors that were set on wider painting surfaces to give off an impressionistic appeal. Hence, it is essential for viewers to stand at a certain distance to obtain an impression of the artwork's three-dimensional quality.

Velazquez had only one surviving portrait, which was of Prince Felipe Prospero. It was a remarkable piece of work, thanks to the child prince's sweet features, yet the prince also had a certain sense of gloom in his eyes. The young prince featured in this painting died at a very young age of 4 years old.

Velazquez decided to continue working on his portraiture when he was reassigned to Madrid's royal court. It was at this time that his techniques became more energized and bolder than before. His greatest work was entitled Las Meninas, and this featured a painting resembling a snapshot. Moreover, there were two maidens doting on Margarita Teresa who eventually became the empress of the kingdom.

During the year 1658, Velazquez was knighted in the royal court. He was also given some duties in terms of the decoration for the wedding of Louis XIV and Maria Teresa. Soon, the artist became ill, and he died on August 6, 1660, in Madrid.

Although Diego Velazquez lived during Dutch War of Independence, a time of political tension and war between Dutch and Spanish, the Dutch and Spanish painting traditions approached closer to each other than it is generally thought. The 17th century has become known as the Golden Age of painting in both the Netherlands and Spain. It was a period of tremendous artistic achievement that saw the emergence of two of the greatest painters in history, Rembrandt and Velázquez, the leading artists of their respective countries. Like other great masters, Velazquez was more a creator than a recorder of his epoch, and whatever his subject - whether he as painting gods, kings or aristocrats, dwarfs or artists - his work has continue to live after his death, and Velazquez became widely known as among the greatest influences of Western Art. In fact, some remarkable artists in history regarded Velazquez as their influences. These painters included Van Gogh, Manet, Picasso, and Salvador Dali, among a few other artists. It was his sheer talent and passion to incorporate newer techniques that made Velazquez among the finest artists in the world.

The Surrender of Breda

The Triumph of Bacchus

Christ on the Cross

The Forge of Vulcan